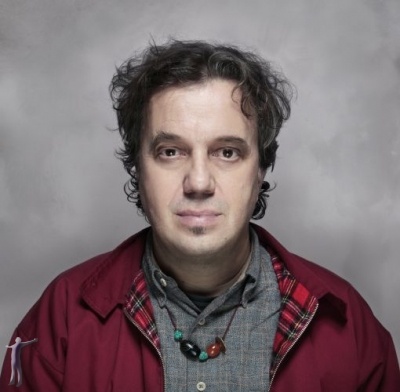 You may be surprised to read that a local variation of ‘the look’ was seen in Warsaw as early as 1979. Kryzys were one of the earliest Polish punk bands, and their drummer Maciej ‘Magura’ Goralski was the mod of the band. Not mod in a narrow sense, but in the forward-looking sense of always sussing the latest trends, always getting hold of the latest music, and almost single-handedly informing the Polish underground scene on what was happening in the UK and US. Crombieboy interviewed him about the band’s ska phase.

Magura, you were among the earliest punks in Warsaw. Was your band Deadlock the first Polish punk band?

Deadlock wasn’t actually ‘my’ band, they were a reggae punk band from Gdansk who formed in 1979 – I only played with them for a bit. Walek Dzedzej Pank Bend was the first Polish punk band in early 1977, really. A crazy street singer called Walek Dzedzej was the band leader, songwriter, vocalist, and so on. I was the drummer in that band. We only played two gigs: one at the Folk Blues Meeting in Poznan, the other in a Polish student club called Hybrydy. Later on, from 1978-81, Kryzys was the first Polish punk band that became really well-known.

There was a period when you sported a skinhead, mod or rudeboy look?

Yes, we posed as sort of skins for about half a year in 1979 when Kryzys played ska.

What inspired you to do that?

When I went to London in 1979, I met all these different bands and was impressed with the popularised skinhead look of Madness, Chelsea and even Joy Division. These bands all incorporated some elements of the look even though they weren’t skins.

Most of all, though, it was Special AKA and Selecter who influenced us – the 2 Tone look had a big impact on us. We didn’t really know the difference between mod and skinhead, and we weren’t even aware of the original skinhead movement of the 60s. But we certainly wanted to get away from the old punk look and went down that road. So of course, we weren’t skinheads in the full sense. We just liked the simple, cool elegance of the skinhead and mod revival look of the late 70s.

Non-skinhead bands adopting the look virtually overnight wasn’t unprecedented. Slade did it in 1970 in a bid to win a skinhead fan base, as did Skrewdriver in 1977, of course.

Sure, but in the UK it was very different because you had lots of skinheads everywhere. Here in Poland in 1979, we were pioneers.

Did you see skins in the streets of London in 1979?

Yes, loads – and they mixed with punks and rastas ok.

How about Madness, did you meet them in person back then?

I had a chat with their drummer when I bumped into him in Portobello in 1979. I met them all later in 1984. My reggae band I-Land supported them when they played for Big Star Jeans at a sick hotel party in Warsaw’s Hotel Victoria. It was sick because they were only miming – the music came from a tape, ha ha!

How come you got to visit London in the first place? It wasn’t exactly easy for Polish citizens to travel to the west back then.

Did you bring any 2 Tone, ska or reggae records back to Warsaw?

Yes, all of them. I was also sent free compilations from Rough Trade, whom I had befriended, for three years. Together with the music journalist Marek Wiernik, I started the first Polish punk, ska and reggae show on National Radio. It was a magical thing to do. I still have the first Special AKA single Gangsters, I saw them when they first started, and I was backstage when The Clash played their ‘Out on Parole’ gig at Music Machine in 1978. Special AKA, who would soon become The Specials, were the support band. Yes, I was lucky to meet all the right folks.

So when you got back to Warsaw, what did your outfit look like?

We probably just used some basic elements such as short hair, boots and buttoned shirts.

Did you wear Romanian state security police boots, as Polish skins and punks would in the 1980s?

No, we wore Polish-made Zuch boots with old 50s suits and shirts.

As I recently learned, some British mods and early skins wore Polish-imported Zuch boots in 1962-68! Along with Cebo boots from Czechoslovakia, they were the original ‘monkey boots’.

That’s a good story, moving and sweet… I remember already wearing them as a young kid. They were very popular, even if some say they were made out of paper. In Poland, people colloquially called them ‘pionierki’, a reference to Soviet commie boy scouts, who they were originally made for.

Did others on the Warsaw scene adopt the look, or did it remain confined to your band?

A few did, but not that many. In Poland at the time, people either went for a crazy arty punk look or for a hardcore punk look.

Do any recordings from your ska phase exist?

None of the ska songs were published at the time, but some were compiled on a CD later on. Our hit ‘Mam Dość’ (I’ve had enough) has a New Romantic disco beat on that recording, but originally it was a ska song. Another one I remember from that period was an instrumental ska number called ‘Animator’, which was my nickname at the time.

When you dropped the ska sound and look in late 1979, what fashion and music style did you move into next?

I felt that we were like a TV or radio transmitting all the new styles from the UK and US to Poland, so we got into the Pop Group, Roxy Music, Spandau Ballet, The Cure… whatever. Everything.

Later on, in 1981, both Kryzys and Deadlock had their tapes published as vinyl LPs on a French label. Were they recorded under conditions of martial law?

Martial law was only declared much later that year, namely on 13 December 1981. These albums were recorded at rehearsals and gigs. There was no mix or anything, but they still stand up.

Wasn’t the unofficial name of your band Kryzys Komunismu (crisis of Communism)?

Kryzys Komunismu was only the name of our first official LP, which came out in 2010. We re-recorded our old Kryzys songs for that release. Our alternative name was Kryzyz Romansu (crisis of romance), which I made up to fool the state censors.

Your lyrics were coded and not that politically explicit, though. Was there no chance of getting published on the state-owned Tonpress label alongside bands like the new wave act Maanam?

There wasn’t because we were street kids without connections. We became well-known because of the albums they published in France, and that was that. We didn’t care about proper records or having a career at the time – we were freewheeling. Maanam were old hippies and well-connected to showbusiness.

Did you know any of the later skins who appeared in Poland in the 80s personally?

No. Forgive me, but the sight of drunk and violent Polish skins was a great embarrassment to us.

One thought on “Skankin’ Warsaw in 1979: when Magura brought 2 Tone to Poland”