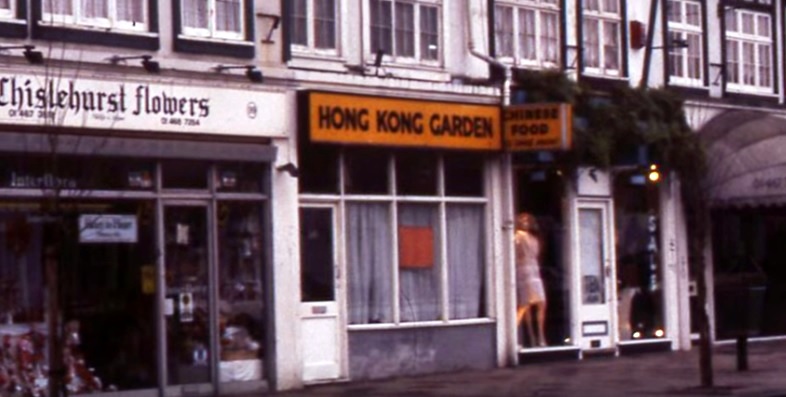 On this day 40 years ago, Siouxsie and the Banshees released their debut single, ‘Hong Kong Garden’. Here’s what Siouxsie said about the song in an interview with Uncut magazine in 2005:

“I’ll never forget, there was a Chinese restaurant in Chislehurst called the ‘Hong Kong Garden’. Me and my friend were really upset that we used to go there and like, occasionally when the skinheads would turn up it would really turn really ugly. These gits would just go in en masse and just terrorise these Chinese people who were working there. We’d try and say ‘Leave them alone’, you know. It was a kind of tribute”.

That’s very noble of you, Siouxsie. Let’s check out the lyrics, though:

Harmful elements in the air…
Junk floats on polluted water
An old custom to sell your daughter
Would you like number twenty three?
Leave your yens on the counter please…
Slanted eyes meet a new sunrise
A race of bodies small in size

Hold on, Siouxsie – it almost seems as if the “harmful element” here aren’t racist skinheads, but a “race of bodies small in size” who “sell their daughters”…

Come to think of it, do some of your other lyrics not contain similar sentiments ? Let’s have a listen to ‘Arabian Knights’:

Veiled behind screens
Kept as your baby machine
Whilst you conquer more orifices
Of boys, goats and things 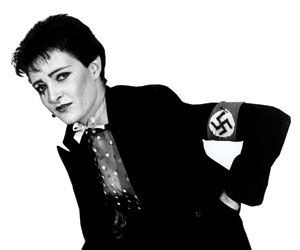 That’s right, Siouxsie says that Arabs are kiddie fiddlers and goatfuckers. Maybe that’s just her skinhead-defying ‘tribute’ to the Middle East, though… Need we go into the original version of ‘Love in a Void’ with its subversive line, “too many Jews for my liking”? Probably not.

Needless to say, it’s unlikely that any skinhead band would get away with these lyrics. Siouxsie is a respected punk artiste, though, which why liberal papers buy her mealy-mouthed explanations wholesale. The Independent, for example, really believes that Siouxsie “turned her anger [about racism] into song”.

As late as 1991, Siouxsie felt free to recount how she “worked in pubs and clubs in the West End: the Valbonne. At night it was disgusting, full of Arabs”. However, come the new century it was time for some historical revisionism. How convenient for Siouxsie to have shaven-headed yobboes to point her finger at…

Unexpected plot twist: despite all this vileness, I really like Siouxsie’s music. Even her early work stands out from among an avalanche of mediocre punk bands such as Sex Pistols. Her dishonesty, however, is staggering.

3 thoughts on “Skinheads in the Hong Kong Garden”