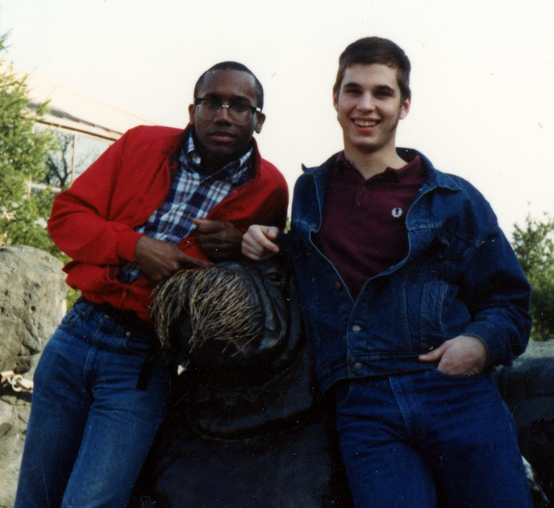 There are some varieties of skinhead that we prefer to others – but overall, we enjoy the culture’s different facets. We like that aspects of skinhead change over time and vary from country to country, reflecting their environment while still retaining that basic essence that is hard to pin down. We like the fact that such a broad range of different music styles has somehow become associated with skinhead over the years.

And we like that the skinhead world can be as surprising and contradictory as life itself. You wouldn’t expect a bunch of skins, for instance, to head to the Nation of Islam headquarters to watch Public Enemy (the hip-hop one) – especially if some of them were white and Jewish. But that’s just one of the things that Corky’s mates got up to back in the 80s.

Corky is bit of a legendary character from the Chicago scene. Back in the day, he ran with SHOC (Skinheads of Chicago), a multi-ethnic crew that stood on the opposite side of Christian Picciolini’s nazi skins, CASH (Chicago Area Skinheads – we interviewed Christian about them here). Our own Girth first came across Corky on Instagram under @BoxcutterBrigade, where he documents his memories of characters with photos and interesting stories – and he decided to interview the bloke.