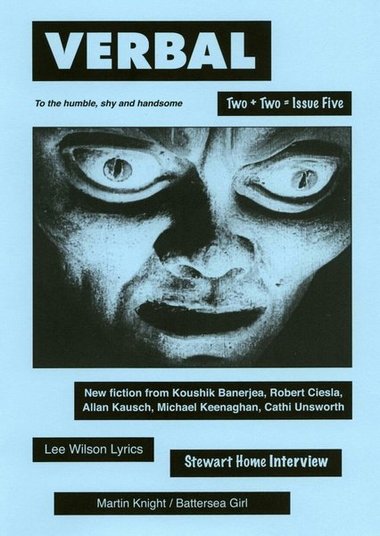 You’d have to go back quite some time to find proper skinzines like Hard As Nails, Zoot, Bovver Boot and the like. Back far enough, in fact, to the era before even the MP3 or dial-up modems.

Verbal, despite the aggro title, isn’t a ‘sussed skin’ zine in the vein of Hard As Nails, though it’s arguably as sussed as any of those earlier titles, and no one could deny that editor John King has more than earned his stripes as the novelist behind Skinheads and the Human Punk nights at the 100 Club, if not more. END_OF_DOCUMENT_TOKEN_TO_BE_REPLACED

Headhunters, White Trash, Skinheads and, most recently, The Liberal Politics of Adolf Hitler – as the titles of John King’s novels alone suggest, the godfather of hoolie lit is not one to dodge controversy or trouble. Living it as he’s writing it, the same has certainly been true for his real life persona.

King is something like British literature’s face of Oi. As many Londoners will know, this connection extends to the live events he puts on at the 100 Club. Named after his fourth novel, Human Punk, King’s night frequently features prole punk icons such as The Last Resort, Cockney Rejects, Ruts DC and Sham 69. END_OF_DOCUMENT_TOKEN_TO_BE_REPLACED