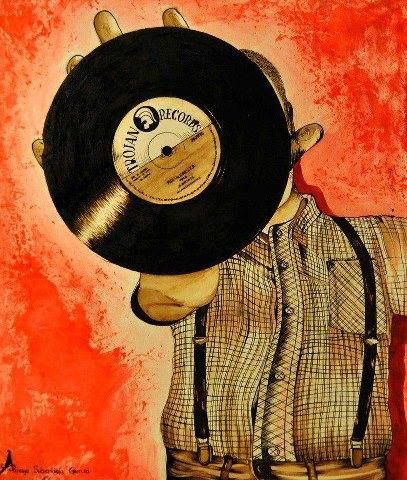 Bored of playing Ed Sheeran’s new album over and over? Run out of Grateful Dead and Frank Zappa bootlegs to explore? Grown sick of your homemade ‘Beyoncé Ballads’ compilation? Abdul Bleach Boy takes you on a journey through recent crophead releases, not suggesting but telling you what to listen to.

Condor: Cassette single
Absolute beast of a release here. Brutal sounding punk/Oi with some killer bass, top notch tunes, and a good dose of melodic hardcore in the mix. Along with the Short Days LP, this is certainly the best release I’ve heard this year. No surprise, then, that these lads (and possibly lasses) are French and I’m pretty sure contain at least one Rixe member. Rixe are a good comparison, along with Hard Times and a heavier Syndrome 81. Glorious stuff. 10 out of 10

Sabotage are a quality outfit from Sweden who deserve to be much more widely known than they are. This is another great release, maybe their best yet. Excellent melodic Oi with some great guitar and a touch of rock and metal thrown in. Metal such as Maiden or Thin Lizzy, that is, not the crap that passes for metal these days. The sounds are familiar without being a cliche, hints of early 80s UK Subs or No Future bands are present too, as is typically Scandinavian melancholy in the vein of early Perkele. If there is any justice, this should propel them into Oi’s premier league. 9 out of 10

Great stomping Oi-core this with a sussed mentality. Songs like ‘Alt Right Nightmare’ and a cover of ‘Ultra Violence’ by The Oppressed let you know where these lads stand. Great sound, like a harder Wretched Ones or Boot Party. Or maybe a more basic Blood For Blood, with touches of Oi-enthused NWOBHC along the lines of Violent Reaction or Arms Race. A stormer of a release. 9 out of 10

More hard and heavy US stuff from Maryland. Very like the French band Outreau, only with better choruses or Hammer and the Nails. It’s tough, dark, bleak, and just the thing to smash the room up to when you’re angry as fuck. Wasn’t so fussed on the lyrics, though. Very misanthropic, particularly the first song ‘If You Can’t Feed Em’ – so not sure where they stand on politics. Still, musically excellent. 8 out of 10

As regular readers of this segment may know, I like to abandon Oi and hardcore every now and again and touch on bands from other genres, which may be of interest to the more open-minded among you. I have loved this French band for a number of years, and I think this is their first full length LP after a couple of demos and 7 inches. Powerful and evocative, melancholic yet frantic, theirs is, in the words of the poet, a terrible beauty.  Reminds me of old UK melodic anarcho punk (yes, it once existed) such as political Asylum, Zounds and HDQ with some US hardcore like Hüsker Dü or the Dicks thrown in. Superb and essential. 10 out of 10.

Excellent first effort from this young French band featuring Rixe and Sultans members, among others. Four of the six tracks are originals, the other two are covers from Abhorred and Westport Firm. They remind me a lot of the classic late 80s and 90s French bands like The Herberts and Toltshock, and there’s some classic Blitz in the guitars too. All great, and two future classics in the tracks ‘Geule en vrac’ and ‘Un jour viendra’ [My pick would be ‘P.C.D.F’, probably the closest thing to Rixe on here – Editor]. Only thing stopping it from being a bona fide French masterpiece is the lack of saxophones and choruses of ‘marchons dans la rue’. Brilliant release. 9 out of 10.

Battleship: s/t single
Some great melodic oi!/street punk from this band hailing from Hamburg. Hamburg has produced a number of great punk luminaries down the years – think Slime or Razzia – and this one is nearer to the best of modern German Oi, although more like Curb Stomp or the brilliant Aggressive (if not as frantic or, well… aggressive, I suppose). The lyrics are your usual Oi fare about being a skinhead and judged for being different. Nothing groundbreaking, but four great songs. 8 out of 10.

The Gonads/Uchitrel Truda: Oi! We Will Never Be Divided split 7′
Gary Bushell’s Gonads are a band who might be described as ‘smile humour’ – the musical version of a Carry On movie. You laugh and have a good time listening, but ultimately, it’s quite forgettable. We get two tracks here from the South Londoners: one a reworking of an old number, the second a sort of half cover and half rip-off of ‘Blitzkrieg Bop’. Fans may feel slightly swizzed. Much better are the Russian experimental Oi band Uchitrel Truda. Their first song reminds me of 1980s revolutionary jokers Serious Drinking. The second is a more hardcore, straightforward Oi number that I assume is in praise of a certain Sergei Zaitsev – according to Google, a Soviet ice hockey player. Great stuff, just wish I could understand the words. Also, check out the band’s recent demo. 6 out of 10 (4/10 for Gonads and 8/10 for Uchitrel Truda)

Off The Clock: Demo
Two tracks here from new Canadian Oi band with members from Bishops Green, Alternate Action and (I think) Hard Pressed. It’s fast, furious and fun. Gruff vocals and great, almost R&B guitars. No Heart and Hard Pressed are close comparisons, as is US band No Time. Corking release. 8 out of 10.