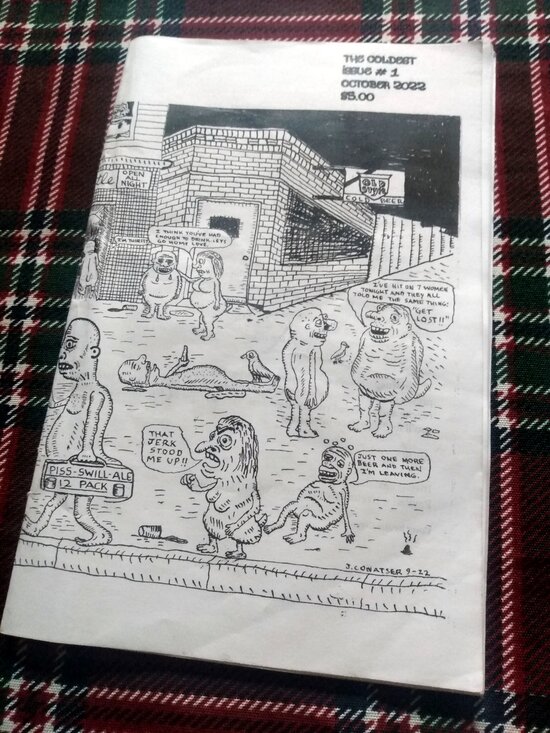 This Chicago zine reached us with the comment that its existence was partly inspired by Creases Like Knives. Music to our ears – what could feel better than motivating someone not just to moan and bitch about us on Facebook, but to make an effort and build their own platform? This isn’t the first ever effort by Warren, editor of The Coldest zine, though: as a teen in the late 90s, the contributed a couple of “crude cut-and-paste” zines filled with ramblings on what was and wasn’t “real punk” / “real hip hop”. In hindsight, he finds them all “quite embarrassing … because of their immaturity, delusions or offensiveness”, he writes, which is “always the risk of throwing out to the world what’s in your mind when you’re young”. Never a truer word been spoken, and I for one prefer to cast a cloak of silence over my own juvenile efforts.

END_OF_DOCUMENT_TOKEN_TO_BE_REPLACED 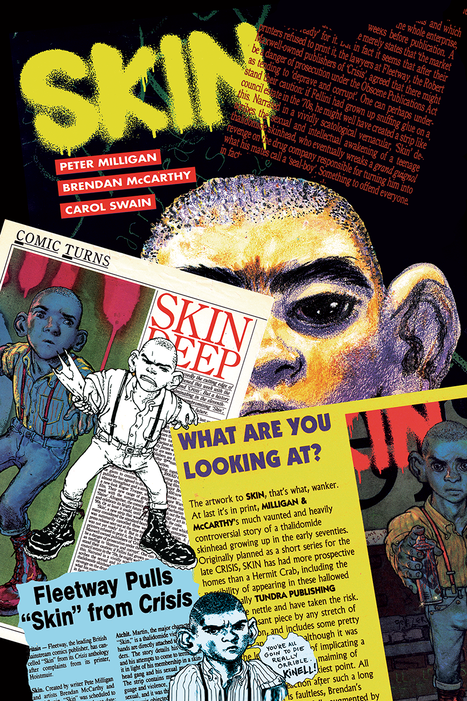 The British comic strip Skin – conceived and drawn by Brendan McCarthy, written by Peter Milligan and coloured by Carol Swain – was commissioned by Fleetway Publications, who intended to publish it in Crisis magazine in 1990. The story revolved around Martin Atchet, a young skinhead whose arms are malformed from birth. Like so many real-life children in the 50s and 60s, the Martin character is born deformed because his pregnant mother is prescribed thalidomide, an anti-nausea drug whose effects on pregnant women are not properly tested.

Due to the raw and potentially controversial subject matter, the publishers soon changed their minds and withdrew their offer, however, and Milligan and McCarthy’s splendid work remained in limbo until 1992, when Kevin Eastman – co-creator of the Ninja Turtles alongside Peter Laird – finally made it available to the public via Tundra Publishing.

In Italy, Skin was published in three parts in Tank Girl magazine, namely from November ‘95 to February ‘96, and this original Italian edition is quite difficult to find. However, Hellnation Libri are now issuing a new Italian edition, edited and translated by Flavio Frezza (of Garageland magazine). For this interview, Flavio and the skinhead artist Alessandro Aloe (of Moriarty Graphics) had a chat with Brendan McCarthy, who like his co-author Peter Milligan was a skinhead in the very early 70s.

This interview was originally published in Italian on the Crombie Media blog.

END_OF_DOCUMENT_TOKEN_TO_BE_REPLACED 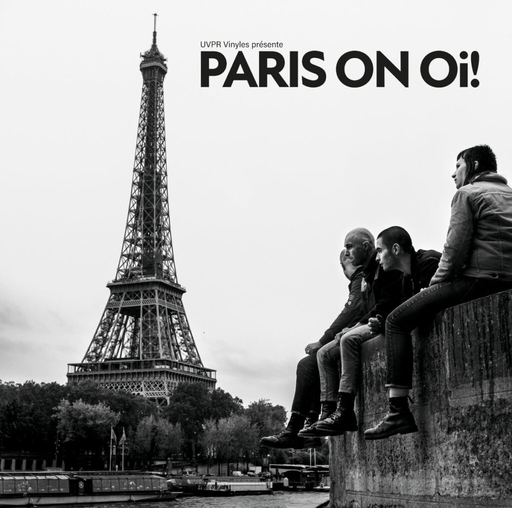 French Oi has always had a special quality, hasn’t it? I first learned this when visiting family in my birth town Warsaw many moons ago and randomly buying a bootleg tape titled Son de la rue from a street market stall outside the Palace of Culture. It was the days of a flourishing black market, and on every street corner you’d find 4-Skins and Blitz pirate tapes democratically displayed alongside Metallica and Madonna ones. Son de la rue compiled some of the best cuts from the Chaos en France series – Komintern Sect, Snix, Camera Silens, you name it – and I’ve remained a fan of frog Oi ever since.

END_OF_DOCUMENT_TOKEN_TO_BE_REPLACED 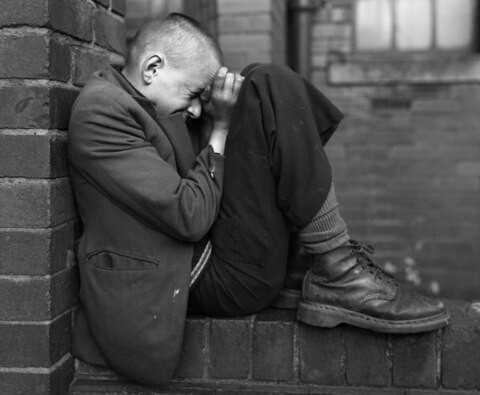 There weren’t many skinheads at the Photographers’ Gallery the day of his visit, but perhaps our reporter Andrew Stevens wasn’t looking hard enough.  There were several, however, in its exhibition afforded to the late Manx photographer Chris Killip – and iconic ones at that. You may already be familiar with some of Killip’s work, even if he’s not a name that falls off the lips like Nick Knight in the world of subcultural portraiture or an academic in the vein of Dick Hebdidge. The West End gallery is bringing together a career-spanning show of his work for the first time.

END_OF_DOCUMENT_TOKEN_TO_BE_REPLACED 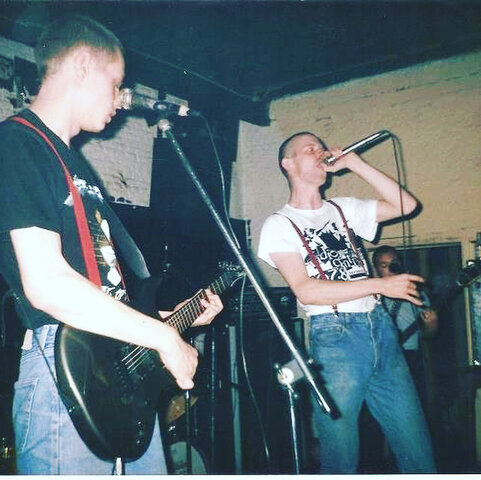 Comrade – a band name that will ring familiar to historians of European Oi, especially those of a left-wing persuasion, but to few others. Formed in 1986 in the Belgian town of Antwerp, they went on to perform music based on classic British Oi, but with socialist sloganeering and ‘red’ imagery, across European stages until 1990. Last year, Mad Butcher Records released a retrospective compilation – but, although their former vocalist Klaas Vantomme remains a skinhead at heart, he has apparently mellowed out a lot politically, and reunion gigs seem to be off the cards. Girth spoke to him, and Matt Crombieboy sent him a couple of follow-up questions.

END_OF_DOCUMENT_TOKEN_TO_BE_REPLACED

Looking up the definition of ‘turbo’, a word that first emerged in the early twentieth century, we find multiple meanings, although it usually denotes something that is connected to turbines – e.g. a turbocharger, an aeronautic turboprop, etc. In the 80s, the term entered the lexicon of heavy metal to describe things that are unbelievably powerful – so powerful they may as well be driven by turbines. And so, a thrash band from the Polish People’s Republic simply christened itself TURBO. In the United Kingdom, meanwhile, Judas Priest issued their 1986 album Turbo Lover.

The 90s gave us Turbonegro of course, and more recently, a subgenre dubbed ‘Turbo Oi’ has emerged in Italy. One of the leading lights of the movement are Stiglitz from Genoa – a young group stepping into the illustrious footsteps of Gangland and many other local legends. Genoa, you must know, is one of the most important cities not only for the historical development of the world market, but also for the Italian skinhead scene.

Stiglitz were founded two years ago by Gianluca (vocals), Beppe (vocals), Alberto (guitar), Francesco (bass) and Martino (drums). Following up on their self-titled debut mini-album of 2020, they’ve just published a single called Tempi grammi on Flamingo Records. I’ve no idea if they’ll like hearing this, but the vibe reminds me somewhat of the first Skinkorps single, Une force, un hymne – or a more melodic version of it. Or maybe it’s just a more melodic version of the first Stiglitz album. Whatever the case, Valentina Infrangibile spoke one of their two vocalists, Gianluca.

By the way, 16 December will see the release of their new EP, Deja Vù.

END_OF_DOCUMENT_TOKEN_TO_BE_REPLACED 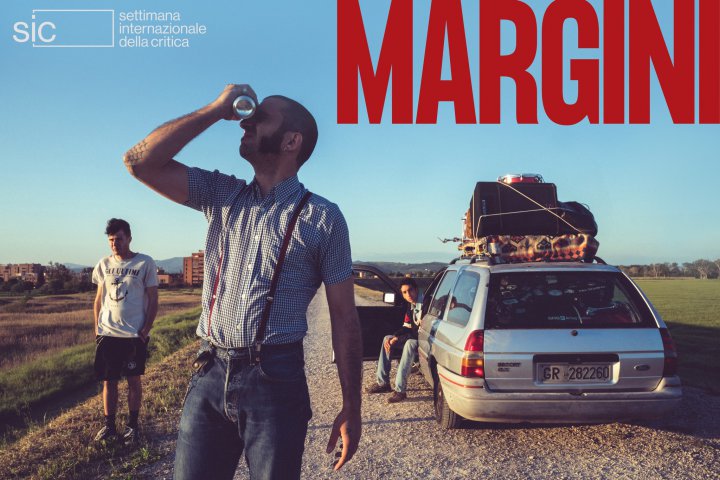 I dislike 99% of punk and skinhead movies – even the better ones usually only make me cringe. There are exceptions: I thought the US punks in the very watchable Green Room were authentic (the boneheads perhaps less so) and Russia 88 was both clever and funny. But Romper Stomper? Sid and Nancy? Farming? Give me a break.

For once, though, I didn’t have any objections to the way skins and punks were depicted in Margins (original title: Margini), the new movie by Niccolò Falsetti that’s out in Italian cinemas now and also seems to be doing the rounds at international festivals. Granted, the characters in Margins aren’t representative of skinheads or punks in general – they portray punks and skins in Italy, or more specifically in the provinces, and this they do very convincingly. Having only lived in Italy since 2020, I might miss some nuances, but the characters on screen talked, looked and acted very much like people I’ve encountered in real life in these past two years. Italy has its share of small dead-end towns where nothing ever seems to be happening for the one or two resident skins. But they have a car and a sleeping bag, and you meet them at every single gig within a 200-mile radius. They’re the kids that Margini is about.

END_OF_DOCUMENT_TOKEN_TO_BE_REPLACED 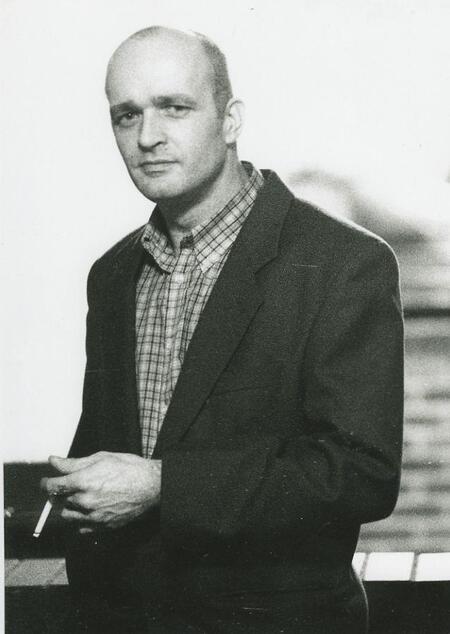 The clip below, taken from an 80s student movie, was kindly forwarded to us by the filmmaker himself with the promise that there’s “more to come”. It features an interview with an early 70s skinhead at the first International Ska Festival, which took place at the Brixton Fridge in 1988. The skinhead isn’t wholly unknown: Steve ‘Grogger’ Goodman, editor of the 80s skinzine Chargesheet, author of the subculture novel England Belongs to Me (1994) and writer of the film script Pressure Drop (which is apparently still for sale if you fancy making an OG skinhead movie).

He became a skinhead round about 1972, he says in the interview, which strikes me as an odd year to become a skinhead in London. The accepted narrative, after all, confirmed by countless original skins through the ages, is that the style began shifting towards suedehead by 1970 and then smoothie and bootboy in the following years. By 1972, the original skinhead look would have been seen as hopelessly outmoded by most Greater London kids, who were probably Bowie boys/girls by then.

END_OF_DOCUMENT_TOKEN_TO_BE_REPLACED 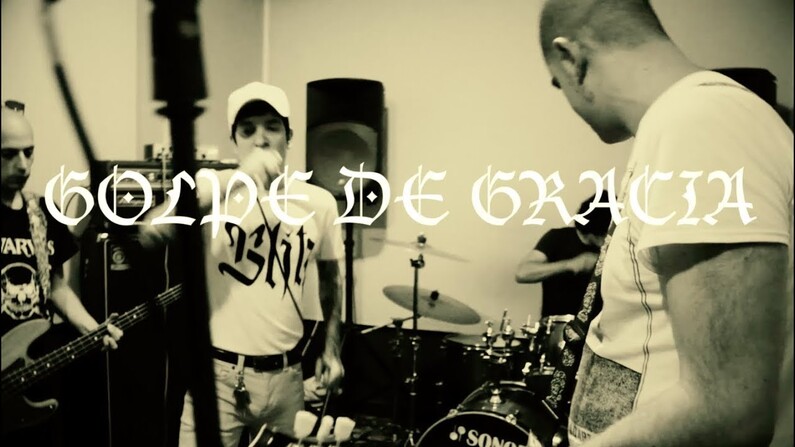 One thing I don’t like is when the small-scale music industry imitates the big music industry. It’s not the fact that people try to make some money to cover their expenses or pay their bills – that’s ok, we all need to live. The problem starts when everything becomes subordinated to ulterior ends. Oi bands from the continent that should be writing lyrics straight from the heart start to sing in bad English, hoping it will improve their chances of playing the festival circuit. Instead of expressing truthfully how they see the world in which they live, they rehash the most banal cliches they can think of: after all, if you leave it at commonplaces about ‘believing in yourself’ and ‘standing where others fall’ – basically the stuff that Mariah Carey songs are made of, but with gang vocals –, you won’t offend anybody.

END_OF_DOCUMENT_TOKEN_TO_BE_REPLACED 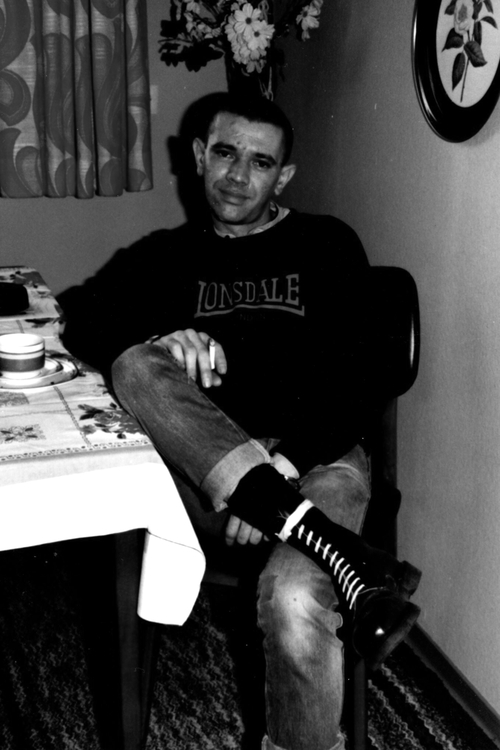 Someone posted this video on YouTube a couple of weeks ago, but since I can’t be sure that it will stay there, I added it to our own channel too. This is rough but, from my point of view, incredible footage that I’ve never seen before: Daily Terror live in Bingerbrück near Frankfurt in 1984 – so, about a year after Pedder Teumer’s transformation from punk to skinhead, and a few months before this line-up of the band split. As you can read in our Daily Terror band story, Pedder would go through a period of depression after the breakup, only to re-emerge with a new Daily Terror line-up the following year.